Makadas Adventures has a passion for the Klein Karoo and for cycling.  We are mountain bikers ourselves and therefore we get it….

We understand what makes a mountain biker tick and know an event has got to contain certain elements like adventure, scenery and definitely a challenge.

Our area has so much more to offer than a windmill, starry skies, endless horizons and free roaming wildlife.  We have clean air, no interruptions from cell phones and the space to BREATHE….really just relax and breathe.

We live out here where our events are based and we are always out exploring “new” old jeep tracks and opening up animal trails for single track.

Makadas Adventures, the name is derived from the steam train branch line that ran between Touwsriver and Ladismith from 1925 to 1981.  When in 1981 the devastating Laingsburg flood damaged the line in such a way that it was deemed too expensive to repair and it never ran again.

On the Touws River – Ladismith branch line, the steam locomotive (Class 7’s), or even the whole daily mixed passenger and goods train, used on this section, was nick named ‘ Makadas ‘.

Most explanations for the origin of the word Makadas boils down to be an Afrikaans phonetical representation of the English “Make a Dash!!!”.

We chose the name due to our events running in the area and criss-crossing the “line” in an attempt to let the name and history live on.  Short video clip of the Makadas steam train on Youtube 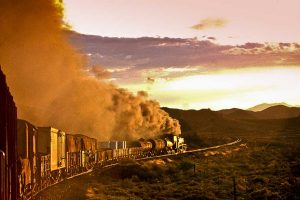 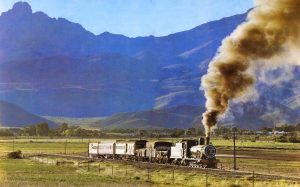 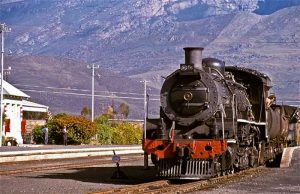